We have started our salmon season early this year and took advantage of the early opening of the salmon season in Scotland. We fished the river Tay and the river Dee. Two very different rivers in fishing and character. On the river Tay we have been fishing 2 beats: The Dalmarnock Beat and the Kercock Beat and on the river Dee we have been fishing The Dess Beat. We would like to take the chance in presenting all 3 beats one at a time. To give you an impression of the water and how a daily routine fishing for salmon in Scotland looks like – it is quite different than how we fish for salmon in Scandinavia. 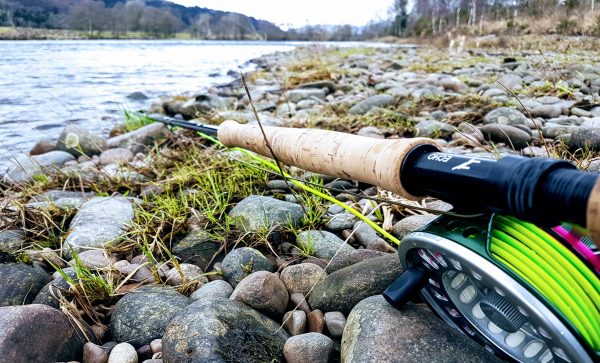 The salmon season on the Tay opens on 15th January and a few fresh fish enter the system, but come March rising water temperatures encourage the Springers (10kg’ish with an occasional 15kg monster) to enter the system and run upstream in larger numbers. Like many other rivers the Tay is beginning to notice a change in cycles; “traditionally” a late season river, statistics show that the spring proportion of the total catch on the Tay is increasing year on year with last year’s catch being 30 % of the total! 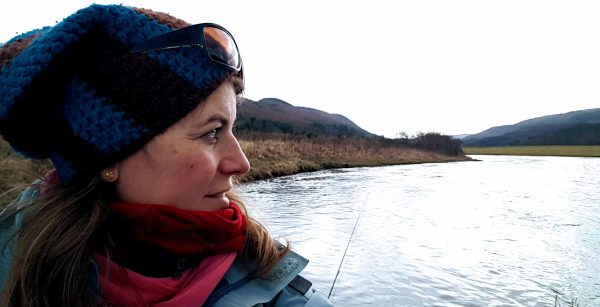 To catch one of those Springers we fished the Dalmarnock Beat. A beautiful stretch of water. The river meandering through the picturesque Tay valley surrounded by fields and forest. The water of the Tay is clear, “gurgling” by and having the colour of a nice and tasty “dram”. The current flows even and makes it ever so easy to fish the fly like it should- hence you just have to stand in the water and let the river do the job for you 😉 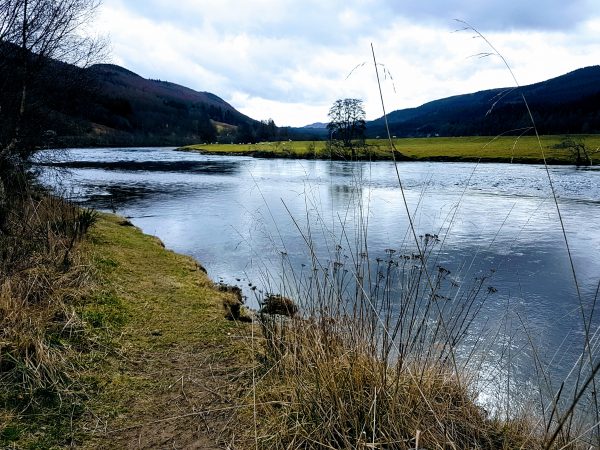 The beat is 3 miles long, double bank fishing and has 15 named pools. Easy wading through out. A good number of the pools can be fished with the fly in early spring high-water. You don’t have to be an expert distance caster to fish Dalmarnock. Some of the hottest pools are lying right underneath the bank. Others can be actively fished in comfortable casting distance. It varies of course all on the pool and water level. However, the Tay is one of the Big  4 salmon rivers in Scotland and at Dalmarnock the river is approx. between 40-50m wide. So a mediocre long distance cast would be most handy.

What tackle did I use? Well I used nothing else than an ECHO King 13’#10, an ECHO F.I.S.T Skagit Shooting Head 660gr and an OPST Tip 132gr sink 2/3 Riffle. The Float-Intermediate-Sink Skagit Shootinghead in combination with the OPST Tip 132gr Run is a fabulous set up, lying solid in the water and easy to cast. 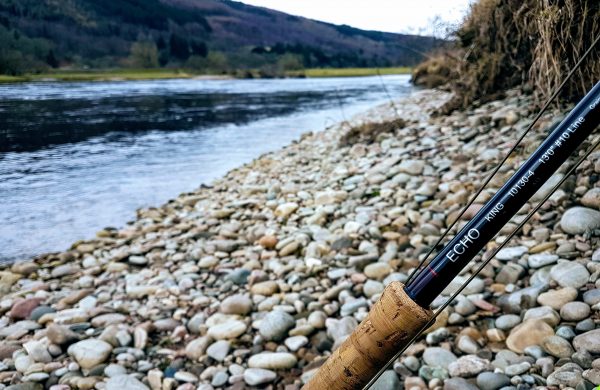 To sum it all up: Dalmarnock is a superb beat with exciting pools, easy casting, easy wading and definitely worth a” fishing” if you want to fish the Tay. Not to forget  ghillie Colin Mcfadyen, the soul of the beat and making you feel ever so welcome. Cheers for a lovely day Colin and Sandy and Sam.

If you are interested in going with us onto a Scottish Salmon-fishing Adventure in Spring 2018 where we are going to fish the Dalmarnock Beat drop us a mailto: silja@balticflyfisher.dk